October 2013 Update: Broderick Perkins, the owner of DeadlineNews.com, was a client who became a friend. This month, I had to post this sad announcement to the header of the website we built together:

It is with deep sadness that I must inform our readers that Broderick Perkins, Executive Editor and Founder of DeadlineNews.com passed away on September 29 after a sudden illness.

At this time, we are unsure of if, when and how DeadlineNews.com will continue publication. Once that is determined, a follow-on announcement will be posted to the site.

Broderick Perkins, a Pulitzer Prize winning journalist for the San Jose Mercury News, contacted me earlier in 2011 to accomplish his long-held dream: an online news outlet for his stories (and eventually, those of other writers) on every aspect of the local and national real estate industry.

Broderick was quite technically adept and had exacting specifications for how he wanted his news site to appear and present information, so I was able to collaborate closely with him, literally “shoulder to shoulder” in several visits I made to his office. He had already selected a WordPress theme tailored to news agencies, but wanted precise customization of almost every aspect of the design, down to the leading between lines for different areas on the page. (He did come from a long career in newspapers, after all.) We even designed the DeadlineNew.Com logo interactively.

Broderick had previously published 700 articles to a Blogger.com blog, many with internal formatting which needed to be transcribed. I imported these articles into the new site, cleaned up the formatting and developed semi-automated procedures for assigning new taxonomy structures (WordPress categories and tags) which did not map exactly to the 500+ different “labels” that had been assigned in the Blogger.com blog (and subsequently needed to be deleted from the WordPress taxonomy). Stories in different topic areas had sidebar content (including third-party ads) specifically tailored for relevancy to the topic areas.

Ad revenue on this highly trafficked site provided a significant income stream for Broderick. Once I set up stubs throughout the site for third-party ad servers, Broderick performed the ongoing ad management. Likewise, Broderick composed, edited and posted all of his own articles. Shortly after launch, other writers were brought on board as contributing authors in selected topic areas.

To facilitate syndication to other publishing outlets, I customized RSS feeds to Broderick’s specifications.

Since the site had close to 800 pages, with multiple authors contributing, and an advertising cash flow upon which my client depended, I researched and recommended VaultPress as a continuous backup and site restoration service. When Broderick inadvertently nuked the entire site, VaultPress restored it in about an hour.

The incident even garnered an mention in the VaultPress blog:

Broderick commented, “VaultPress restored months of lost work from my backup files while I was taking a walk. I’m serious. The restoration was as instant as my goof.”

Special thanks to Ned Buratovich, Broderick’s web designer, who initially convinced Broderick to buy a VaultPress subscription for DeadlineNews.com.

Few web design projects have been as rewarding to me as this collaboration with Broderick. Here’s what he had to say about it: 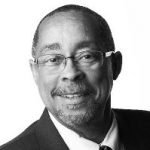 “Ned Buratovich of imagiNed Web Design has single-handedly restored my faith in the web-designing crowd. He was able to accomplish in a few months what it took two other “web designers” three years to merely attempt. Buratovich has an innate ability to know what you want and to deliver it to you on time and within budget, even as he tinkers outside the envelope, on his own time, to give you his very best. Just as remarkable is the “web site manager” ability you’ll be able to add to your skills set if you choose to geek-out and work closely with Buratovich. This guy doesn’t just build, design, or customize your web site. He invites you to get under the hood with him every step of the way. Buratovich brings to the table a web site design acumen you cannot outsource.”

I sincerely mean every word. You have no idea what your work has meant to me at a very crucial time in my career. I’m telling lots of folks about you. A real estate agent already asked me “Who did your site?”

(Since the site is no longer online.)